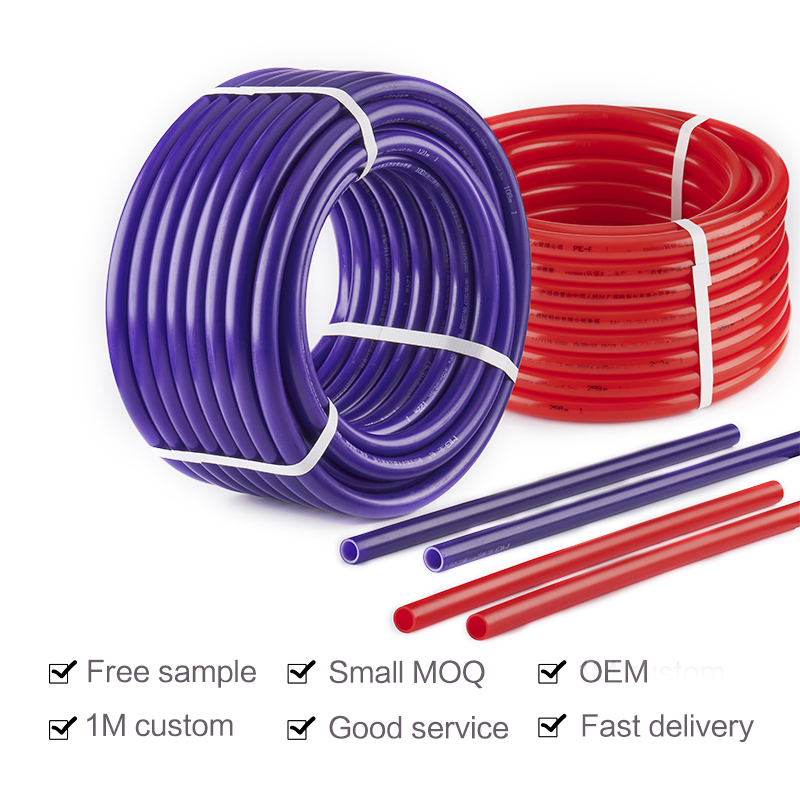 1. Flexibility: PE-RT is relatively soft. No special tools are needed during construction, so the processing cost is relatively low.


Send email to us

Floor heating pipe refers to a kind of pipe used as a low temperature hot water circulating flow carrier in the low temperature hot water ground radiant heating system (referred to as floor heating). It is a kind of medium density polyethylene produced by special molecular design and synthesis process. It adopts multi-layer co-extrusion technology, and the thickness of each layer is uniform and not easy to delaminate. It uses EVOH as the oxygen barrier layer, which can effectively prevent oxygen from infiltrating the pipeline. And the oxygen permeability rate is lower than the standard requirement, which effectively reduces the corrosion of metal equipment. It retains the good flexibility, high thermal conductivity and inertness of PE, while making it more resistant to pressure. The pipes are corrosion-resistant, non-scaling, small in heat loss, energy-saving and environmentally friendly, flexible and easy to bend. It also has good fluid mechanics performance and a long service life. From the perspective of the later maintenance of the pipe, the PE-RT pipe should be cleaned for three years, because there will be sludge and scaling in the pipe if it is placed for a period of time

1. Flexibility: PE-RT is relatively soft. No special tools are needed during construction, so the processing cost is relatively low.

4. Environmental protection: PE-RT and PP-R can be recycled and will not pollute the environment. The PEX cannot be recycled, which will cause secondary pollution;

5. Stability of processing performance: PEX has the problems of controlling the degree of cross-linking and cross-linking uniformity. The processing is complicated and the processing directly affects the performance of the pipe. However, PE-RT and PP-R are easy to process, and the performance of the pipe is basically determined by the raw material, and the performance is relatively stable.
PE-RT can be connected by hot-melt connection, accidentally damaged can also be repaired by hot-melt connection of pipe fittings. The floor heating material has a creep failure curve that meets the product standard. It is the only type of polyethylene that can be used for hot water pipes without cross-linking at this stage. There are three main fixing methods for PE-RT:

If the following questions do not answer your questions, please consult the customer

1. How to get free samples?

A: Send your address, your telphone number, post code, and express account number to our mail box. And told us which model of samples you need.

2. Who pay for the express cost?

A: We can support you free samples each model 1-3 pcs, and we do not pay for express cost.

3. How long is the delivery time?

A: Within 10-15 days after receiving deposit.

4. What is your payments?

5. What is your packing?

A: Usually plastic bags, carton, can be packed as your request.

Write your message here and send it to us